AN IMAGE AND A COUPLE OF PUDDLES

In deciding what images to use on the Digi Sleeve the one below was a candidate It has much in it that I like: not least the puddles. And this has prompted the question - at what age do we decide to avoid rather than explore them?

And not to be missed: on the telegraph pole a bald headed eagle can be seen watching over the scene.  It is looking across the water towards a shore line I remember well and which evokes fond and powerful memories of this very special place in my life

News of the album will be posted here as soon as I have any
Posted by SKC at 05:30

LOVE IN THE BACK SEAT

The two that have been out there as singles are LET'S PUT LOVE IN THE BACK SEAT - FOR A WHILE and DEEP IN THE HEART OF TEXAN ME (The first of these has recently been played over twenty times on Radio Six International at www.radiosix.com)


The second OH NO track, called ALL THE WORDS OF LOVE, actually uses the words several times in the song. I may have spoiled the track by using a drum machine when it was recorded but sometimes I need a beat to keep going when I get weary trying to get a reasonable take Unfortunately the track then becomes less workable with by others


The four above mentioned tracks are npw on Bandcamp and the link is https://sheilakcameron.bandcamp.com/album/love-in-the-back-seat
The intention is to add more until it becomes a full album 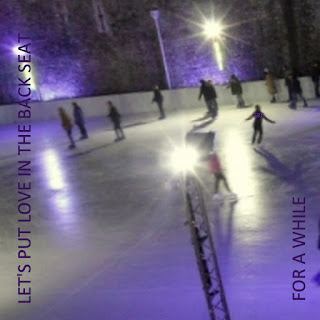 About the words OH NO: as I was recording the track - and I did enjoy the experience which is rare for me - I became aware of how often I say them in my everyday life And they are uttered most often a few seconds after settling down to read or write at night on finding I don't have my reading glasses with me
Posted by SKC at 04:46