NEVER HAD ONE - BUT I'VE GOT ONE NOW

Alone On The Road

The enigmatic Sheila K Cameron has her mojo in full flow for Alone On The Road, which is the third in a series of reissues of her work. The 16 tracks which make up the album have been given more than a boost by Geoff Allan, Brian McNeill, Fraser Spiers and Brian Young.

Cameron's Cohenesque style of singing comes straight out of the speakers over the top of Spiers' blues harp which sets the tone for what is a real thumper of an album.

There's An Old Sadness in Me is a wonderfully ponderous 12-bar song on which Cameron keeps a tight rein and allows the gobiron of Spiers to have the last word.
This gives way to I Looked Alright This Morning which has a retro feel about it, with the production sounding similar to the rawness of the early days of blues recordings.
The song has more of a travelling cadence with a deep rumbling and almost menacing beat underneath her words which is once again accented by the blues harp. It's a song which almost defies you not to get into stomp mode.
The single strumming of the guitar accompanies Cameron as she sounds like she is standing too near the mic in a small and cramped studio to record Baby How Long.
Cameron's dour and understated way of singing adds a depth of character in the same way someone such as Bessie Smith did.
I'll Play You Sweetly is a great song where Cameron and co pick up the beat and it's one of those where you just can't sit still until she puts the handbrake on in the middle. Her call and refrain with the dancing sound of the harmonica is just a sheer delight to hear.
When The Sun Rose This Morning goes back to the most recognisable strain of the blues with the slow wave of the music and the repetition of the lines. Cameron's voice manages to sound both world weary and menacing at the same time.

It cannot be overstated how much the superb blues harp underneath so many of the tracks add such colour and character to her songs.
She Put My Baby In The Draw is one of those blues songs which is bordering on the nonsense rhyme, where the story is just a simple tale and never intended to be taken seriously. Cameron uses a stripped-back version with just the simple strumming of the guitar to accompany her repetitive verses.
Stay With It Baby runs more like a poem and, once again, that world weary sound Cameron does so well seems to be almost reluctant to move along to the sound of the harmonica.
Like the previous track, When I Say You Owe Me Nothing is from poet Joan Ure, which was the pen name of Elizabeth Thoms Clark.
Cameron puts some real grit into the song and the way she crams the words to fit in with the rhythm moves close towards rap. It's the type of song which you could easily see Seasick Steve hammering out on his three-string guitar.
Things lighten up slightly for Bluebird Outside My Window which has more of a New Orleans' club feel to it. You can easily imagine a band passing under the balconies through the streets of The Big Easy.
I Don't Believe You Care brings back the world weary sounding Cameron with the blues beat once again lit up with the occasional incidental from the bone playing.
There is a softer and sadder tone to Cameron for Goodbye Baby Blues where she moves into speech and sounds more like a beat poet of the fifties than a blues singer.
Fortunately the blues harp brings her back into the mojo where she adopts an almost lazy and reluctant style of singing.
Motherless has more of an ethnic beat to it and feels like it wouldn't be out of place in Buffy Saint Marie's repertoire. The echoed blues harp underneath gives it the character of a film noir soundtrack. This gives way to the slightly out of sync Mr Moon: I'm Working Against Time which comes across as more of a doo wop than anything.
It's probably the most luxurious track on the album and Cameron gives it the feel of a torch song. This carries on with You Don't Know My Mind, where you can almost see Cameron behind a big lozenge-style microphone in a smoky night club where the customers are hidden in the half shade of small table lights. The slightly lazy sound of the blues harp is almost hypnotic behind her voice which has shades of the legend Billie Holiday.
Sounding more contemporary and carrying the electric sound of the Chicago blues makes When I Was Bad Girl stand out from the other tracks.
The combination of the faster pace, the electric guitar and driving percussion makes it feel like is has moved over into rock 'n' roll.
The final and title track keeps that more modern feel which tones down the blues elements.
You can still feel the 12-bar beat but the use of electronics muddies the waters so you are never such which camp the song is supposed to be in.

Cameron has been hidden away for too long and albums such as this one where she puts her own stamp on the blues style deserve to be listened to by a wider audience.
Anyone who has even a passing interest in the genre should listen to it and if you can keep your feet, hands and head still all the way through the album then your probably don't like the blues anyway.

Alone On The Road is available now online and through bandcamp

BACK ON THE ROAD - THANKS TO DANNY FARRAGHER

Danny also uses the following image on his site 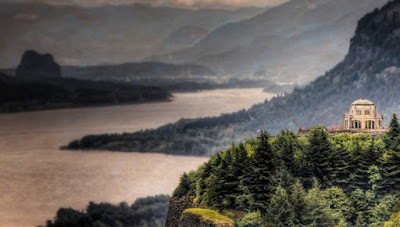 'The enigmatic Sheila K Cameron has her mojo in full flow for Alone On The Road, which is the third in a series of reissues of her work. The 16 tracks which make up the album have been given more than a boost by Geoff Allan, Brian McNeill, Fraser Spiers and Brian Young'