It is a good feeling to declare that HELLO SINGING BIRD now sounds better than it has ever done before.

The temptation to put it on Bandcamp is substantial has not been resisted. But it is also being considered for a selection of similar tracks i.e. those which have been mastered but are very basic with no added enhancements.
Posted by SKC at 03:20

I am uncertain why recent songs have touched on the subject of mothers. There was DANCE ON and MOTHERLESS (CHILD) and then, several days ago I revisited the CD entitled HELLO SINGING BIRD. This consists of a selection of 12 songs. And in the first track of the selection, with the same title as the CD, there is a reference to 'a loaf of Mothers pride'.

And it has been suggested to me that no one who did not live in Glasgow (or was it Scotland) in the 1970's or 1980's would understand it.

So today, while making another attempt to get the song remastered, I searched for any information on Mother's Pride. And to my delight I found that bread bearing the same name was still being sold by both Sainsbury's and Aldi's. 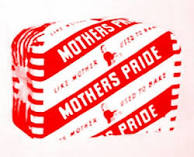 BUT to top it all I found a video on You Tube of DUSTY SPRINGFIELD in an advert for the bread. The link is below. And what a delight it was to watch. I hope others will enjoy it as much as I have.

And now some background to the decision to get further work done on the song - although I have requested that as little as possible is done to get it to the best it can be.

The original recording was on cassette tape and probably on a very ordinary cassette recorder. Perhaps reflecting the quality of the tape and the recording my first attempt, several years ago, to get it professionally improved was unsuccessful. In later years I made several further attempts but these were equally unsatisfactory.

However I did remain keen to get a good version if it was at all possible. And later today or tomorrow I will know if trying again has been worth the effort.

A track list of the songs on the CD, HELLO SINGING BIRD, is on my web site at www.sheilakcameron.com

The song THE WATER IS DEEP has been rearranged and the strings which were present on the verse beginning 'oh love is handsome', are now also on the second verse. It was thought that having them earlier in the track would let the listener know that they would be arriving on the scene later. We (the arranger and others) think it has improved the overall experience of listening to the song.

This rearranged version will replace the previous one on Bandcamp. The link is
https://sheilakcameron.bandcamp.com/track/the-water-is-deep

As indicated on that site this is the third version of the song.
The first was an acoustic only recording.
The second version was influenced by a man in the business who thought the first version was - as he described it - minimal. He suggested that it needed some strings. And that they should come in gently (and not too elaborately) on the verse which begins ' 'oh love is handsome'. That was done

The third version was also influenced by a listener. We hope they, and anyone who chooses to listen to the new arrangement will be pleased with it.
Posted by SKC at 23:36

MORE ON DANCE ON

This track has been improved and will not be changed again - by me.

The vocal which was previously described as a bit thin is now proudly on the fat side.

It remains where it was before on Bandcamp - and the link is the same. I will repeat it here for anyone who can't be bothered to look for it. I certainly often cannot be bothered looking for links, clicking on links and getting links sent for me to click on.

The image on Bandcamp has also been changed. The dull border has been removed and the photograph of the child with the dog has been cropped to fit the requirements of the site (a minimum of 700 x 700 pixels is advocated)

This has been achieved by having two blocks of black down the sides of the image to square it off. These of course do no show against the black background of the Bandcamp site. That does not apply on this one. An exact copy is included below 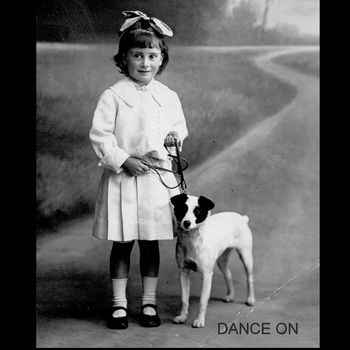 HELPING OUT and HELPING YOURSELF

A (in capital letters), as can be imagined, is frequently in need of some sort of assistance.

And, in the seeking of that assistance a is likely to get drawn into situations which require them to seek assistance.

Sometimes a , having failed to find the assistance they require tries to be their own assistant.
This rarely works out well.

Whatever task the attempts there is usually a deficit of necessary knowledge. Or in the case of an older there can be a lack of energy.

But sometimes an old begins to realise, after life long experience, that the assistance which is usually available belongs in two main camps.
These can be roughly described as the helping out camp -populated by those inclined to help - and the help yourself to what you can camp.

Unfortunately a rarely knows which is which until they find themselves firmly ensconced in one or the other. And only when a is well into one or the other do they begin to fully understand which one they are in.

It is at this juncture that a is likely to seek assistance.