COULD THIS BE THE ONE

Then, last week, I found the book which is featured in the image below and because this blog is about songs and images I have used it to combine a photograph and some words - as can be seen below 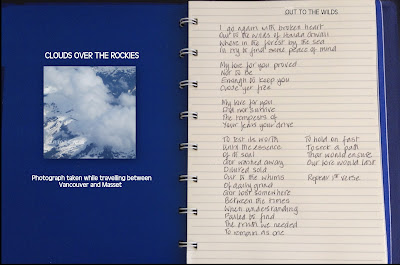 The three tracks may also be uploaded to Bandcamp
Posted by SKC at 15:46