Fulfilling the oft mentioned desire to discover that some of my songs had been heard and liked by a complete stranger -  along came Ian D Hall - and this is surely the best liking I could have hoped for! 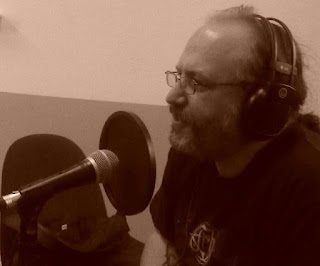 And there is more about him at http://www.liverpoolsoundandvision.co.uk/about-me/ and at http://liverpooletc.com/liverpool-less-ordinary-6-ian-d-hall/

'It is the voice, the spoken word narrative that entwines itself between the songs on the More Like A River Than A Road mini album by Sheila K. Cameron, that brings out the sparkle in the recording. The pleasure of the songs is enormous but there is something about the spoken word employed to very decent effect by Ms. Cameron that suggests the music is only half the tale, that the grip on the attention of the listener is enhanced by the monologue that weaves like a stream through fields and pastures in the ceaseless search for the ocean.
The road is one that comes from a human desire to shorten the distance between two points, it is efficient, practical, engineered so the flow of the country can be seen as perfect; yet somehow, like a well performed song, the real beauty resides in the course of the river, the turns, the twists and the sense of inner hidden beauty that runs underneath. It is a beauty that Ms. Cameron exploits and develops in this, the first in a series of re-issues of her work.
More Like A River Than A Road sparkles with the light touch, the smallest pebble found on the banks and yet thrown with dramatic force plumb centre into the onward current, it is the shock wave of the pebble that makes the music spread out, the wave spreading outwards and increasing the range in which it is heard and felt. The river is ongoing, it is natural and so is the appeal of Sheila K. Cameron, the resonance in the voice, the authority of her delivery and the songs in which tales she weaves, never once disappoint.
In the passages and songs, Where The Pebbles Grind And Scrape, Somehow (Everything From My Suitcase Has Got Scattered On The Road) and the wonderfully thought out but also daring, The House With The Windows, the feeling of innocence and warmth parade in view but there is also the undercurrent, the pull of the undertow which threatens to take the listener down into the murky depths to see what truly stirs beneath.
More Like A River Than A Road is a release of great emotion, one that cannot be avoided in life, Sheila K. Cameron bridges the gap between vocal and spoken word superbly.'
Ian D. Hall

The link to his review is http://www.liverpoolsoundandvision.co.uk/2016/08/16/sheila-k-cameron-more-like-a-river-than-a-road-album-review/
PS About reviews On receiving several of them for my book BALANCING THE REQUEST TO BE GOOD I realised that they said much more about the reviewer than the book (and by the way that book is probably more worthy of interest than any of the songs and words that I write) And surely this one from Ian D Hall is an example
Posted by SKC at 02:55