UNDER THE INFLUENCE - OF NEIL

I love Neil Young and some of his songs but after reading his biography entitled Shakey what I love most about him is his willingness to follow up on what he feels is the right thing for him to do and then be brave enough (or perhaps he doesn't even care) to take the consequences.

I was reminded of him earlier today when looking for information on the sounds which can be produced by a blues harp. In particular I wanted to know if they could resemble a trombone. And they can.

The link to Neil Young came from an article about a 'master of the blues harp' called Walter Horton. Walter was also known as Big Walter or Shakey Horton. Two Shakeys - how about that! And in the article about his harmonica playing - and I quote - was the following sentence ' His tone was incredible -he could make the harmonica sound like a trombone at times'.

The link to the full article http://www.celticguitarmusic.com/harmbw.htm

But back to NY. Below is a link to his 2001 Live at Farm Aid  performance with Crazy Horse of the song When I Hold You in my Arms. https://www.youtube.com/watch?v=BNYFoRiRzOQ

I love both the song and the way it is performed

Of less import - I wrote some words a while ago with the title of this post. An unmastered spoken word version is planned.

With the words of Geoff Allan from Cava www.cavasound.com still warm in my ears the task of making a sound quality based selection of tracks for a CD has changed.

As many tracks as possible will now be kept. Only those which might be a strain on the listener - well that is how I will describe them - will be removed. And the end result may be more than one CD.

With this decision some of the better lyrics, which might have got the chop, will now be retained. That some of them were spontaneously liked has also turned this task into a much more interesting and pleasurable experience. Who knows how long that will last.

Sometime soon - and ideally before Christmas- I hope to be able to put another song out there. It is one of the relatively superficial kind and it is entitled I'M SANTA CLAUS I AM YOURS.

It is another of those which were written a long time ago and each year since then, as Christmas approached, I thought I might do something with it.

I did a reasonable take of it yesterday and this is also in the studio. If it should get worked on I am hoping for an arrangement in line with the title of this post

Repeating some of the information from a previous post a variation of the following comments accompanied a CD of THE 35 which was delivered to Cava last week. The songs are being worked on as I write this and may already have become the 34. But the original title will remain as it sounds better - to my ears anyway.

During one of many attempts to sort out song related material I discovered that I had filed most of the written words in a large folder.

Recently I selected from it one hundred and fifty lyrics. I chose only those which, at some stage of their making, had been given enough of a tune to be recorded onto cassette, reel to reel or dat tape.

A previously recorded version of each song was then located. The majority were on my main computer.

After a gap of several weeks I listened again to the one hundred and fifty tracks and selected thirty five.

Some of them are songs I like but I have chosen only those recordings that I hoped might be capable of having their sound quality professionally improved.

Several of the recordings are extremely quiet, some have heavy thumps and others will require a bit of de-essing but the temptation for me to increase the volume or mess about with them in any way has been avoided.

The task if you choose to take it on is to listen to the thirty five tracks and identify those which, in relation to their sound quality, you think could be made 'good.'

That would be STAGE ONE. For STAGE TWO a selection of the tracks which survive the first stage would be considered for further work. In STAGE THREE, a final selection might be made and used on an acoustic only CD.  The end.

As for the overall intention in getting this done. Because I spent a lot of time in my grown up life working on Custtad (www.custtad.com) I did not give enough time and attention to song writing. Not enough that is to develop as a song writer and performer and produce a coherent catalogue of songs.

If this CD is made it will not make up for that lack but it may allow me to move on from the older material and discover a different way of recording and working with the new material I have.

The title for this blog came from some words I had written and recorded for a spoken word CD. They can be heard on Bandcamp at https://sheilakcameron.bandcamp.com/album/so-said-the-sap 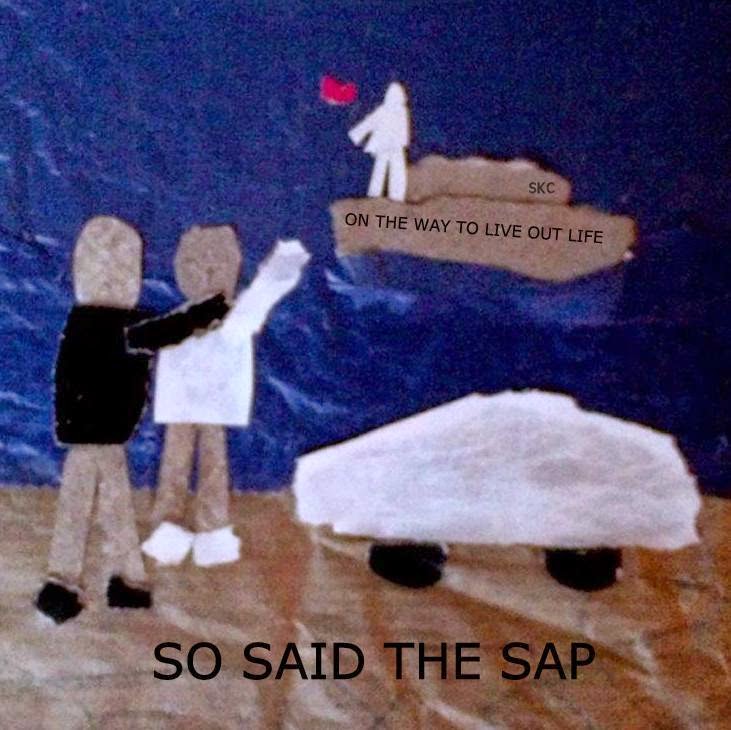 Short songs may not be what most people want to hear but over the years I have come to accept that I like to write them. And the question to myself is 'why not?'
If all one wishes to say can be said with a few words and a tune arrives which suits them why not leave the song alone and not try to turn it into something else.
But accepting that these four songs might be more likely to get listened to if they were combined they have been. They are You'll Like it at the Waterworks, Loneliness is Like a Space (also called Tell Me that Now), Sail Me Like a Boat and I Can Taste You in the Wood of my Room.

The 4 in 1 track can be heard at https://sheilakcameron.bandcamp.com/track/4-in1 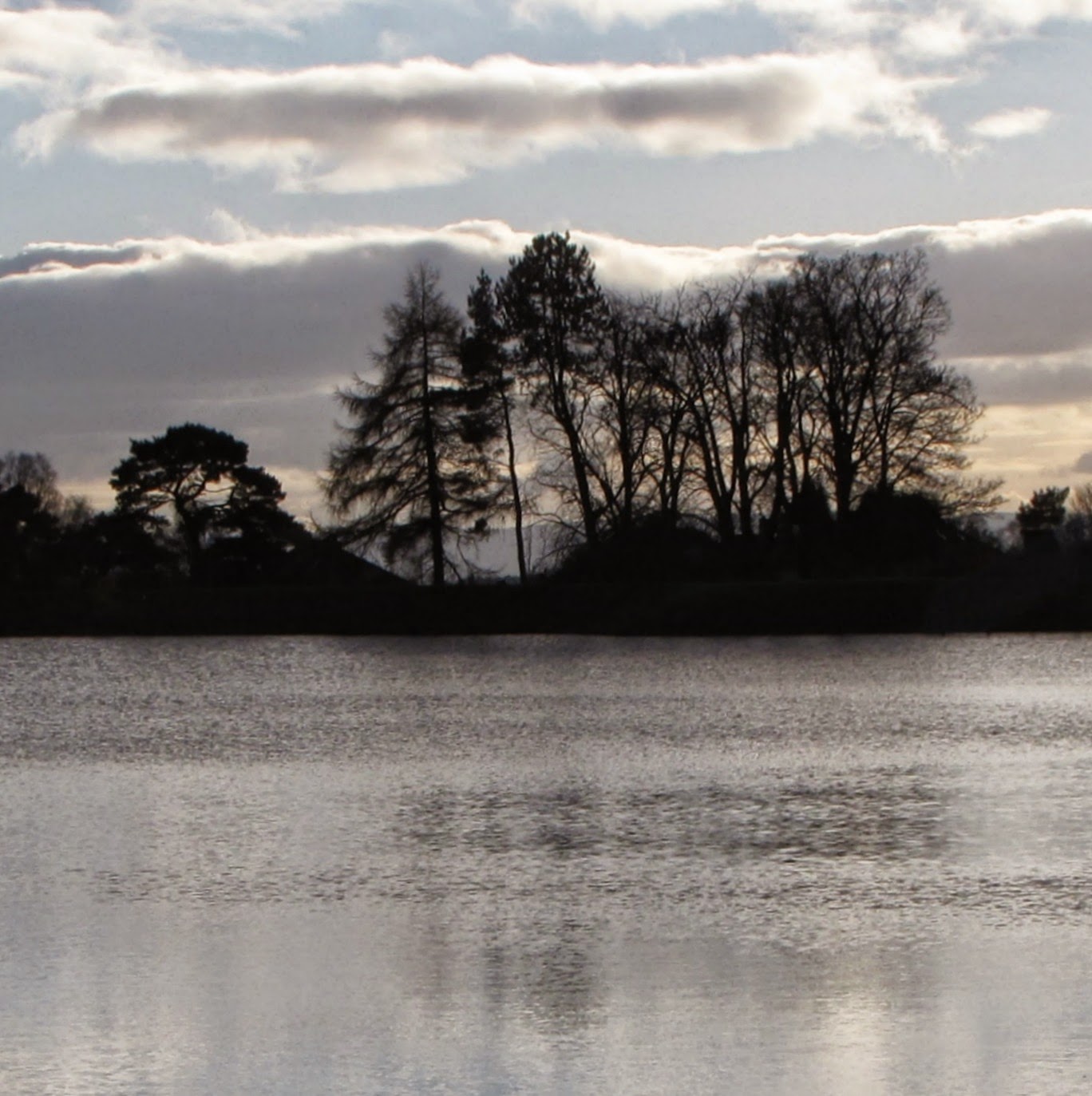 The image being used with this track is taken from a photograph of the Waterworks. Glasgow. Scotland
Posted by SKC at 04:00

The acoustic version of the song I'm Feeling Lost Bring Me Home has been replaced on Bandcamp with a new mix with a piano backing.

It can be heard using the following link https://sheilakcameron.bandcamp.com/track/im-feeling-lost-bring-me-home 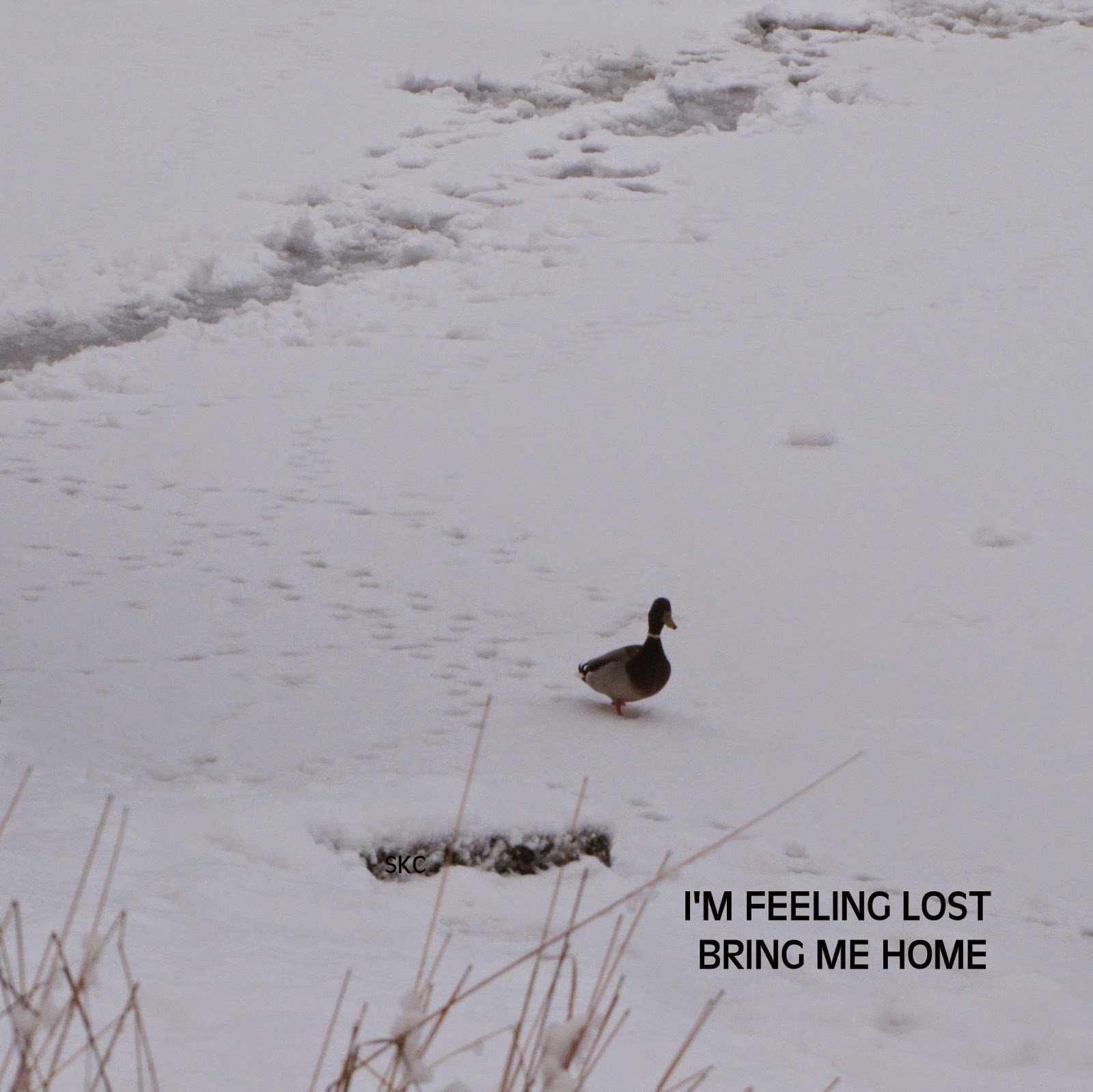 The image above has also been used on Bandcamp
Posted by SKC at 04:21

What follows has been said many times before and by people who know a lot more than I do.

Based on my experience, children who are unable to let their concerns be known, through words alone, are inclined to act them out in ways which only increase their woes and those of the people who care for them.

But as children have repeatedly demonstrated they are both attracted to and capable of making use of an effective alternative i.e. through materials which support the combined use of symbolic and verbal expression.

The CUSTTAD approach is one of many such alternatives.

And my position on the subject is this. Whilst it may not work for all children it works for many of them. And having witnessed the benefits, the least that can be done is to make those alternative ways and means available to all those who would like to give them a try.

It is a position which I think is supported by the two books I have written about my work with children. The first, Balancing the Request to be Good, is an account of the earliest phases of the work. The second entitled Making Custtad is a sort of alphabetical handbook of practice. Both books are now available in print form and as ebooks and can be located through the various links below the cover images. 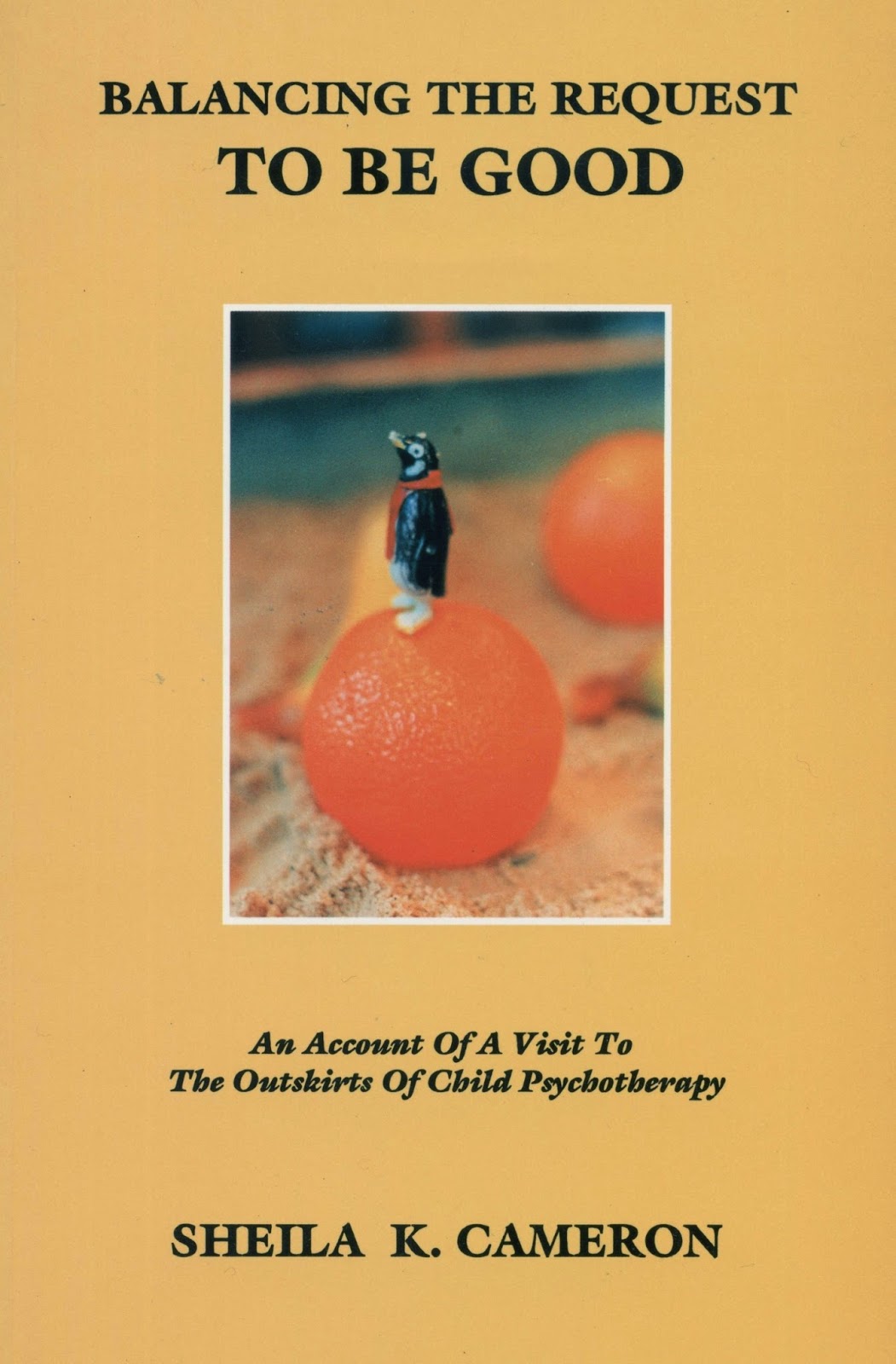 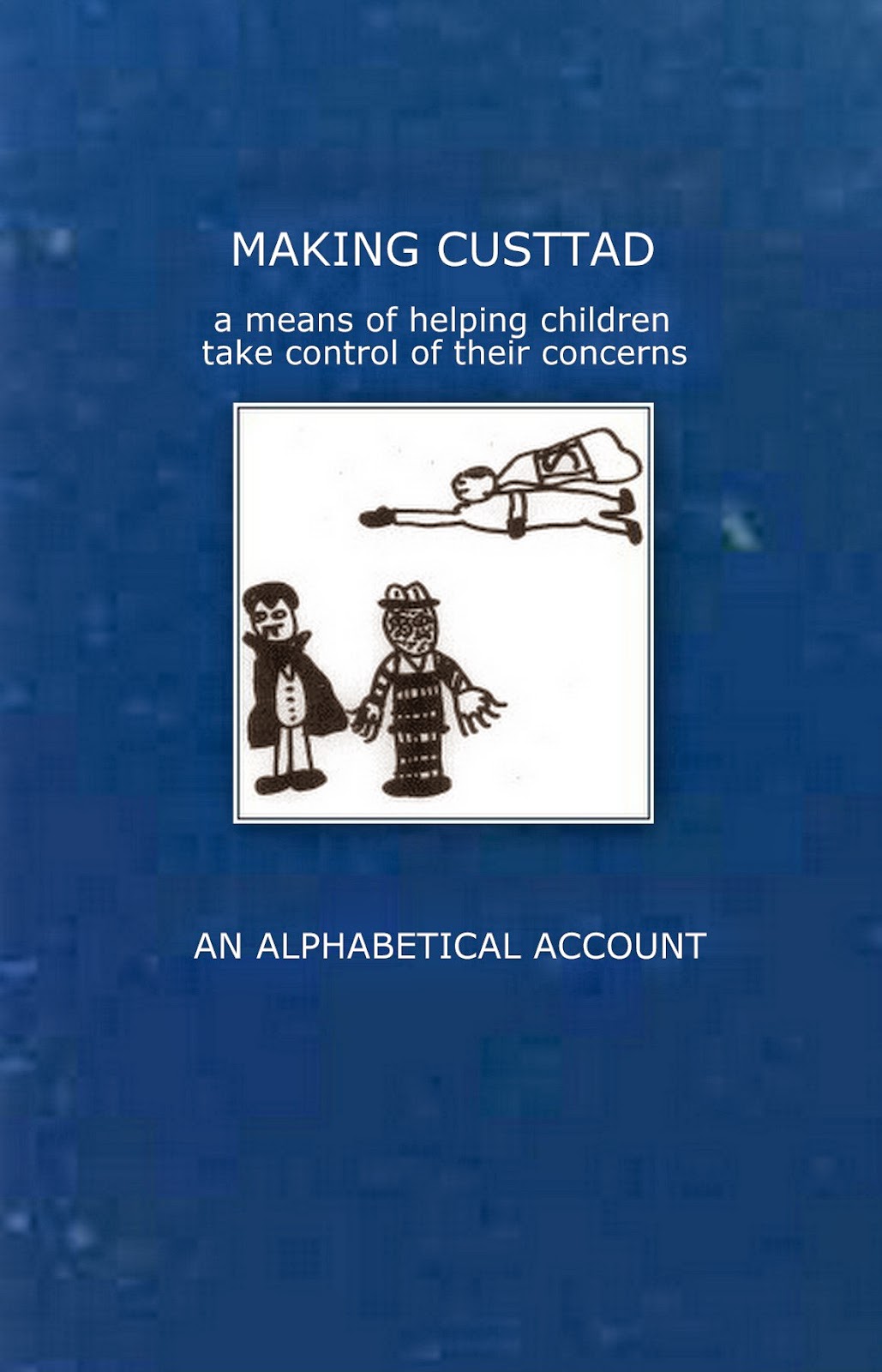 Other sites with information about the approach are www.custtad.com and www.walkaway.co.uk. The latter, which was originally used for The Walkaway Club, is now providing a piggy back for additional information about CUSTTAD.

This post is a follow up to the previous one entitled The FLUKE and OLD GOES at writing songs. The words Making Mud are from one of the songs referred to below.

After a gap of several weeks I decided to listen again to the one hundred and fifty tracks and from these I selected thirty seven. Some of them were songs
I like but I chose them only if I thought the recordings might be capable of having their sound quality professionally improved.  Also, as I made the selection, I decided I would probably make a CD of those which survived the process. If that had been part of my original thinking I had not been aware of it.

Several of the recordings are extremely quiet and others will require some de-essing but the temptation for me to increase the volume or mess about with them in anyway has been avoided.

One track, which had previously been mastered and which I hope to get worked on as single - one of these days - has been sidelined. The remaining thirty six are now in a computer folder - as yet with no overall title - awaiting my decision to submit them to a studio. There are probably a few others that could be worked on as singles but, for now, they are being left where they are.

The final selection for the CD and the order of the songs will be decided on after the mastering has been completed.  It will also be very much influenced by the engineer's opinion on which tracks, in relation to their sound quality, are the best ones.

Four songs (one of which is a four in one song) have been mastered.

It is hoped that they will be considered suitable for further work but in the meantime they will be either put aside for future use or offered as simple acoustic versions.

The four in one song is of old recordings. The other three are old songs which were re-recorded in August this year.

These are from early days when I had obvious pretentions (long ago discarded) to play the guitar well. 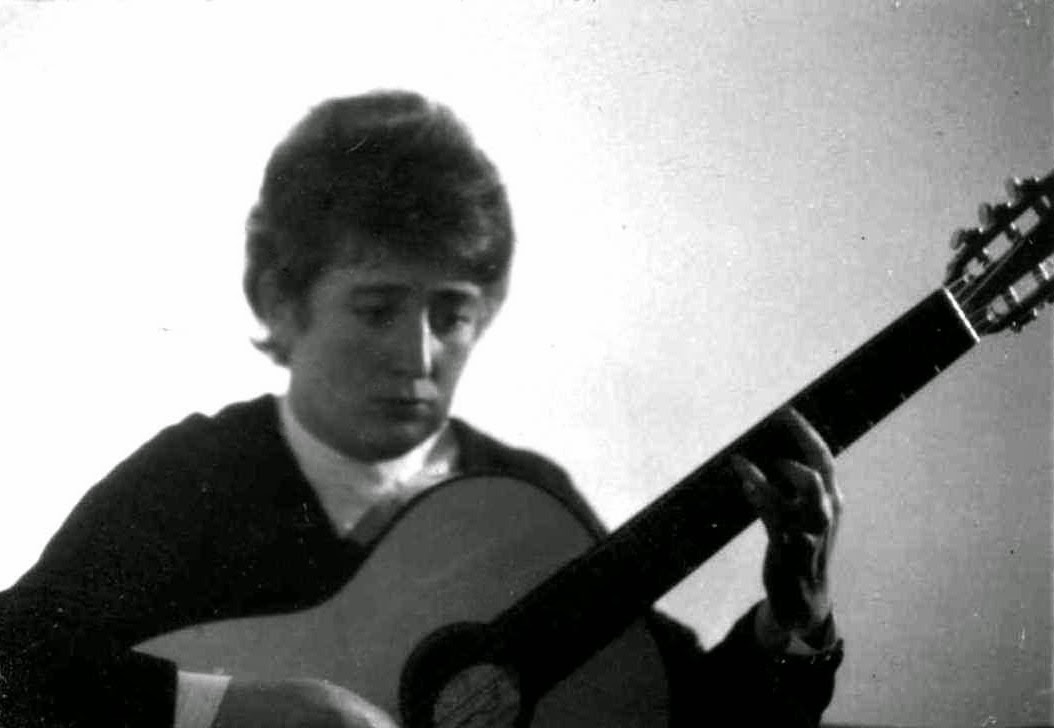 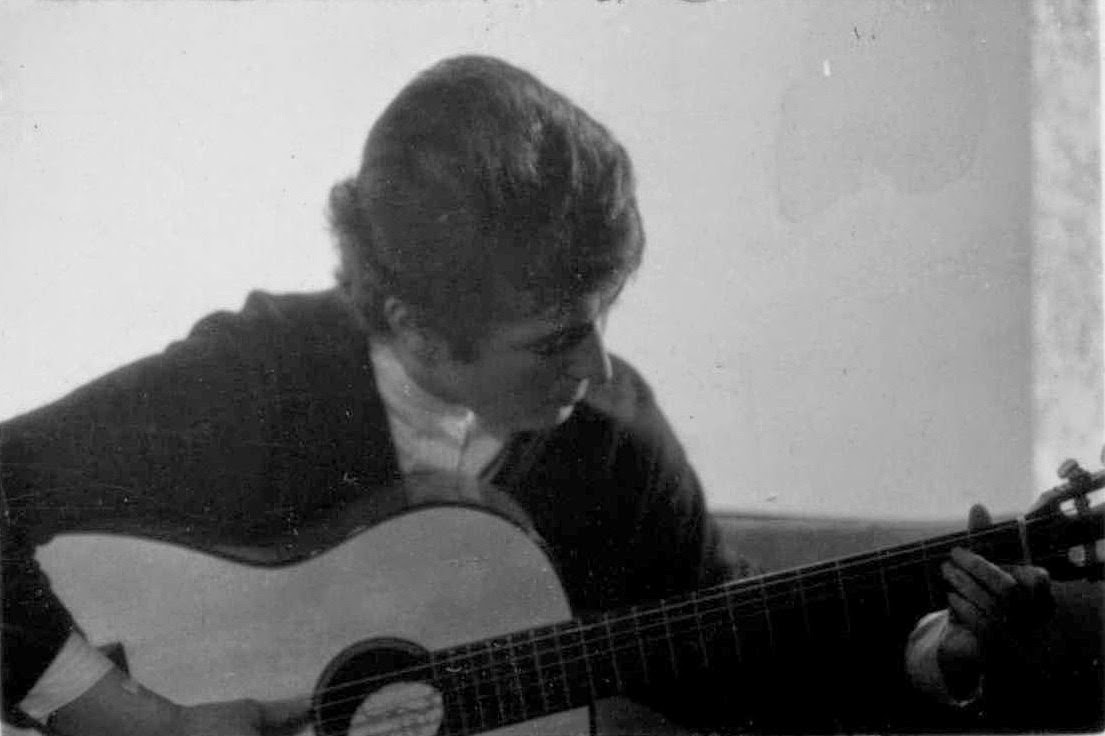 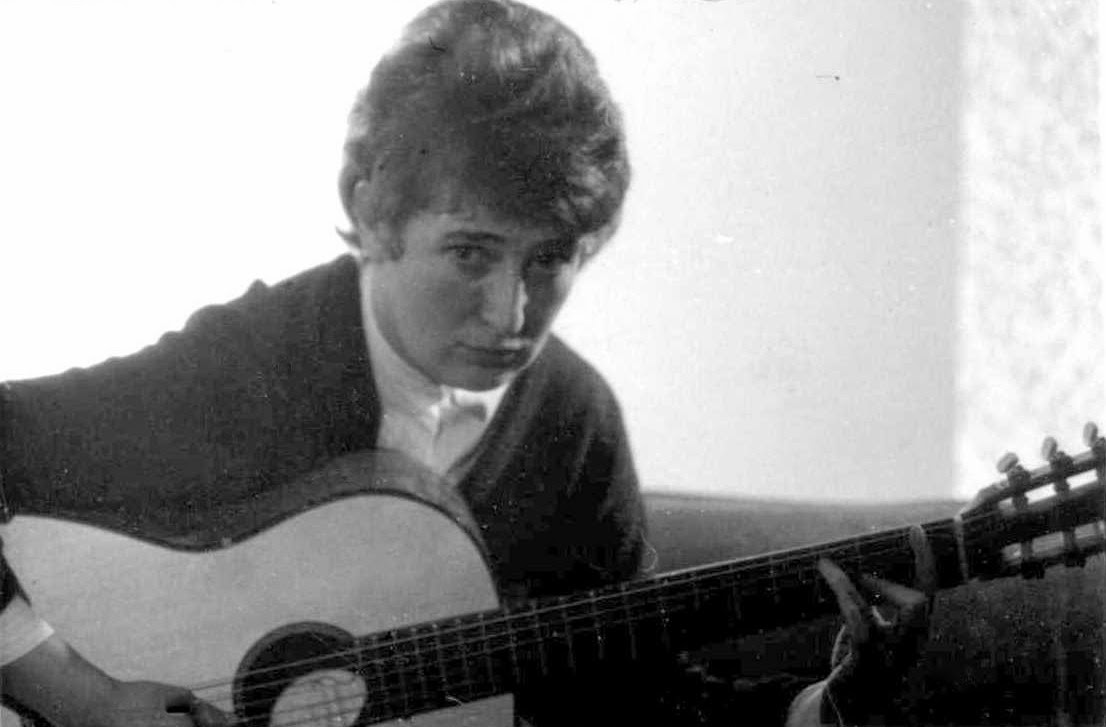 The photographs were another inadvertent find.
Posted by SKC at 04:26