THE LADY OF THE ROCKS

Those words also lasted and today I recorded them as a spoken word track
Although it is small it has been mastered and is now on Bandcamp at https://sheilakcameron.bandcamp.com/track/the-lady-of-the-rocks 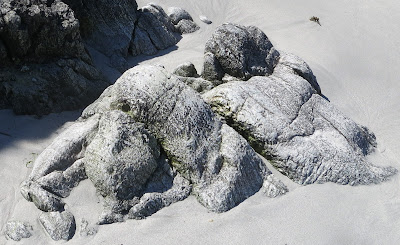 About the rocks on Tiree: I have taken the following text from http://www.tireeimages.com/collections39.html

The rocks found on the Isle of Tiree are part of the Lewisian metamorphic suite also found on the Western Isles, Coll, Tiree, Iona, Islay and a mainland Scotland coastal strip extending from Cape Wrath to Kyle of Lochalsh. These rocks up to 3000 million years old, are the oldest found in the and among the oldest on the planet. These Lewisian gneisses were formed at a depth in the earth's crust of many kilometers under great temperature and pressure. They began as granites, sediments and volcanic rocks but billions of years of 'baking' and deformations during numerous crustal mountain building events, have changed the appearance and mineral content of the rocks almost completely

FALLING IN OUT AND ABOUT 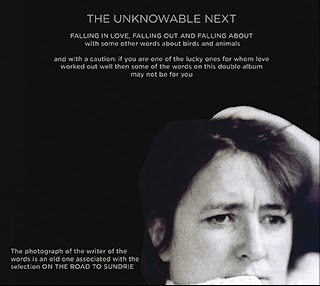 FALLING IN LOVE, FALLING OUT FALLING ABOUT
with some other words about birds and animals

and with a caution: if you are one of the lucky ones for whom love
worked out well some of the words on this double album may not be for you
Posted by SKC at 06:41

In moving towards the release of the seventh re-issue, THE UNKNOWABLE NEXT, there were two difficulties - and one was self inflicted 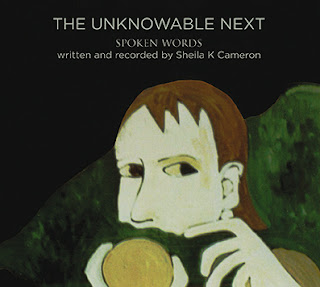 My only excuse is that by this stage in the process I had had enough of hearing my own voice speaking words I had written and I wanted to move on and leave them well behind However, in choosing not to listen I was going against the intention to make this a well presented album And had I listened the doublers would have been identified and removed

The second difficulty related to how the album would be made available for others to hear Because it consists of spoken word tracks it was considered unlikely to have much appeal and the plan was to restrict its availability i.e. it would not be submitted to any of the main music sites nor would it to be sent out - as had happened with the previous re-issues - to possible interested radio stations

Fortunately there was a solution which would address both the problem of the doublers and the Bandcamp constraints Also, it would save me from the task of uploading the full album of 135 tracks

This is now available to be pre-ordered on Bandcamp at https://sheilakcameron.bandcamp.com/album/the-unknowable-select

PS My decision not to listen to the full album of course prompts the question of whether or not I should expect anyone else to spend time listening to it
Posted by SKC at 11:18

Below is a review of KISS DEEP and THE MISSING BEAT from www.folking.com
It can also be accessed directly at http://folking.com/sheila-k-cameron-kiss-deep-and-the-missing-beat-glalell-skc1706cd/ The image is taken from their web site


Kiss Deep is sixth and final volume in the first series of Sheila K Cameron reissues. There are nineteen tracks here encompassing all the styles she has essayed over the years beginning and ending with the old blues sound of ‘Universal Energy’. From there she moves to the rich pop of ‘On The Road To Haida Gwaii’ (her home off the coast of western ) and the slightly quirky ‘Another Dream’, a clever, almost spoken lyric over a rolling piano backing. It’s a frustration dream, the like of which we’ve all had, of being unable to get to where we want to be.

‘Did I Do Something Wrong Again’ is piano driven country, a style continued in ‘So You Said’, a song that reminds me of Eleanor McEvoy at her most acerbic. The thing about Sheila is that you never know what to expect so after these band numbers we have the solo acoustic ‘You Tell Me Nothing’ with its undertones of Weimar cabaret. ‘Let’s Put Love In The Back Seat – For A While’ is a spoken word piece incanted over a percussion accompaniment; yet another Cameron style.

Kiss Deep is probably the most complete of the reissues. It has a sense of continuity that some of the others lack and the benefit of being completed songs with the likes of Brian McNeill and Fraser Spiers mentioned in the credits. If you’re unfamiliar with SKC’s work – and I was before these reissues appeared – this is probably the place to start. Follow it with Alone On The Road before venturing any deeper – it’s not an easy journey but you’ll find it very rewarding.

The album can be heard on Bandcamp at https://sheilakcameron.bandcamp.com/album/kiss-deep-and-the-missing-beat
Posted by SKC at 02:45

FROM A PERFECT LANDING

There was a message from Trevor Krueger this morning to say that he will be opening his show tonight (Saturday June 10th) with the track A PERFECT LANDING  He added 'I think it will launch us into a thoughtful relaxed mood open to new sounds..'

The link to Trevor's show is http://www.trevorkruegerfolkshow.com/ 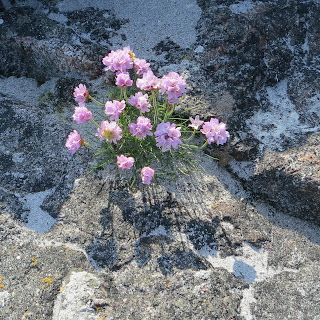 The track can be heard on Bandcamp at https://sheilakcameron.bandcamp.com/album/a-perfect-landing-2
Posted by SKC at 05:25

Another review from BLUES BUNNY at http://www.bluesbunny.com
Reviews of MORE LIKE A RIVER and RUN THROUGH SIDE A were posted earlier in the year at http://sosaidthesap.blogspot.co.uk/2017/04/two-easter-bunnies.html

If anyone is likely to be classed as a musical enigma these days then it would have to be Sheila K Cameron and “Kiss Deep and The Missing Beat” provides a solid case for that very description with no less than nineteen examples of songs that are both not quite that and more than that simultaneously.

Lyrically oblique as always, Ms Cameron’s words often nudge into discontinuity but, given her matching tendency to drift tempos to suit the mood rather than said words, that approach seemed nothing if not appropriate. So, while you can hear the distant call of conventionality in songs like “La Bonne Fée”, you just know that there will be something that makes as much sense as the weather coming along shortly and duly it does with “Another Dream” and “It’s That Time Of My Life –Again” most likely to cause the proverbial beard scratching moment.

Not so much an album as a jigsaw puzzle without a picture, “Kiss Deep and The Missing Beat” engenders as much admiration as irritation which, in all likelihood, makes this art rather than merely music. That’s good enough for me.

But when Ian writes about you he does it so well and so encouragingly it is virtually impossible not to fall for what he has to say!


More about Ian D Hall, about his own work and about his poetry and his reviews can be found at http://www.liverpoolsoundandvision.co.uk

You don’t have to pucker the lips in order to Kiss Deep, you only have touch someone with your mind, your humour and your lust for life in order to reach them in a way that no amount of amorous thought can achieve; to feel the embrace of another’s words is not just a measure for good, it is the affirmation of what you believe more than anything, to be true.

Sheila K Cameron’s latest re-issue of her albums have come, for now, to a conclusion, a stunning one to finish the time in the current days ahead and one that really hits the mark in a sea of spot on and beautifully delivered, arrow like precision, targets.

Kiss Deep, feel the tension and the heartache, the feeling of pleasure that comes from having allowed the sensuality of life drift unexpectedly your way and whilst you are there, allow that artist to, in even the smallest way, change your perception on what is beautiful and what is pleasing to the senses.
We all remember our first kiss, the slow build up of expectation that perhaps went wildly adrift, the bumped nose, the apologies and the sense of elation that came with it for days afterwards and one that subconsciously we use as a bench mark when comparing others efforts to titillate our tonsils.

Kiss Deep And The Missing Beat goes beyond that, it is thrill of the picturesque and one in which control is hard to shoulder; for Sheila K Cameron, this is the sense of the exquisite, a collection of songs that gather together the thoughts of a woman who has metaphorically kissed more than a few hearts; who has emerged from the artistic relationship with her head held high.

In tracks such as Did I Do Something Wrong Again, No I Don’t See Lizzie Anymore, As You Wrapped The String Around Me, Beneath The Apple Tree and Let’s Put Love In The Back Seat-For A While, Ms. Cameron takes the art of kissing deeply to another level, it is more than falling in love, it is the desire to just keep hearing more.

Kiss Deep And The Missing Beat is a sensuous album, a beautiful point of creative poetry set to lyrical and musical attractive cool, Kiss Deep, remember the first time you felt the pangs of love and then explore further; for love is only a kiss away.

More about the album can be found on a previous post on this blog at http://sosaidthesap.blogspot.co.uk/2017/04/kiss-deep-and-missing-beat.html
And at https://sheilakcameron.bandcamp.com/album/kiss-deep-and-the-missing-beat
Posted by SKC at 08:51

Keeping track of the tracks from KISS DEEP 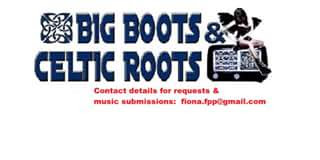 FROM WAY DOWN SOUTH

Not in New Orleans but in Chertsey, Surrey There, on Tuesday May 30th, Colin Spencer included UNIVERSAL ENERGY, the opening track of KISS DEEP, in his weekly “Today’s Music Through The Years” programme on Radio Wey

The programme during which the track was played is https://www.mixcloud.com/ColinSpencer/tmtty-wwwradioweyorg-10-11pm-tue-30may17/

There is much to recommend about this community radio station and it was an honour to hear from Colin that he had aired the track
Be sure to check it out at http://www.radiowey.org/

The image below is from their site and comes from their early days – long before Colin’s involvement! 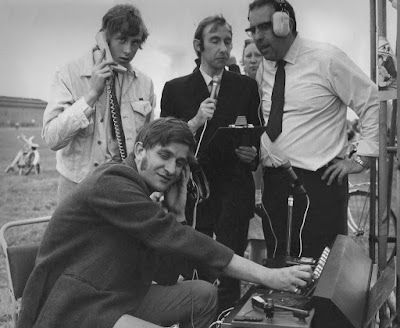 The song UNIVERSAL ENERGY can be heard on Bandcamp at https://sheilakcameron.bandcamp.com/album/kiss-deep-and-the-missing-beat
Posted by SKC at 04:35