KISS DEEP and the missing beat 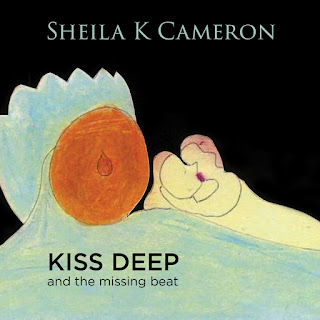 Some of the tracks were initially included in much earlier attempts to get the songs heard and there was some uncertainty about including them in this selection The deciding factor was simple It was felt that they were worthy of a hearing and they would be more likely to get one, if given a second chance, on this later and more professionally produced album.

The musicians who contributed to the album, including those who mixed mastered or arranged the tracks, were Geoff Allan, Jennifer Clark, Miles Jackson, Brian McNeill, Mags Russel, John V Saich, Fraser Spiers and Brian Young

The album is now available as a pre-order on Bandcamp at https://sheilakcameron.bandcamp.com/album/kiss-deep-and-the-missing-beat
Posted by SKC at 07:08


Blues Bunny, for anyone who knows nothing or not much about them can be found at the following link And for anyone who would like to know more about the music being made and played in Glasgow and thereabouts this is the site to visit

Perhaps it is a sign of the times but I don’t often get to describe any musician as individual or, for that matter, unique. Sheila K Cameron can, however, only be described by using those two adjectives with “More Like A River Than A Road” reflecting seven songs from a copious catalogue of songs on to the mirror of today.
Sheila K Cameron is not one to follow trends or seek critical favour and her songs, perhaps unsurprisingly, tend more towards the poetic than the lyrical. She also has this rather addictive habit of stopping her songs before the finish as if leaving the listener in limbo gives her some perverse joy. Some may well find that irritating but, as with all things that require concentration to achieve appreciation, her alternative approach ultimately proves entrancing.
It is, for example, impossible for your heart to argue with the perfectly poised sentimentality that warms “The House with the Windows” or, indeed, the poetic construction of “Somehow” as, at the very least, they provide evidence that you can intermix language and emotion without becoming maudlin or confused as to actual intent.
Sheila K Cameron is unique and that, my friends, is all you really need to know.
This mini album is available on Bandcamp https://sheilakcameron.bandcamp.com/

And the newer one

Like most things regarding Sheila K Cameron, this CD just sort of appeared as if blown in through the door by the random breeze that is the Post Office these days. No announcement of intent, no marketing blurb, no hint of purpose. Just a CD called “Run Through Side A” and a piece of paper that managed to generate obscurity through honesty.
So what is on the actual CD? Sheila K Cameron is a true character and she always seems determined to both avoid any accusation of seeking adoration and to weave the spell that only those with the soul of a poet can. Therefore these songs, all performed acoustically with the very minimum of musical backing, are lyrical obscurities in themselves with even my familiarity with her catalogue of curiosities confused by the rambling stream of consciousness that transcends the conventionalities that would be expected by even educated to the point of pretension audiences.
Purpose? Who knows? Nonetheless, Sheila K Cameron remains someone that even the battle hardened would want to hear.

Love is a very strange beast, we think back with fondness at those that have taken us for granted, we adore the rose tinted glasses we wear when we think of those that have let us down and we despair at the thought of those that we have left in search perhaps of a greener field or those that left because they could not bear us; modern love is all the rage but Past Loves are the ghosts that spur us on and define our actions in the present.

Past Loves are important, it matters not how long they were in vogue, how much time was spent, they all add to the story of the individual and in some cases can make that person sparkle with energy and triumph, knowing deep in their heart they have done something at least once that made that old lover smile. It is a sentiment carried with great passion by Sheila K. Cameron in her album Past Loves.

In what is described as a one off performance, Ms. Cameron takes on songs that she has sang with great affection over the years and now, with a timbre in her voice and a resonating smile at her disposal, she takes the memory of love down a path, one that shines a light through the canopy of trees, past the bird song and asks it to rest a while with the image of a corn stalk spritely hanging in the corner of a meadow and the love daring to be kissed.
The tracks also have the edge of bending the appreciation of the words, the use of gender within them, the sense of the woman speaking perhaps not to a lover but to her sex, the call of women all over the world who have been let down by a single person and still for some reason carry a torch that shines brightly in the fog and darkness for them. Like a lighthouse hugging the dangerous rocks of a Cornish cove and coast line, it suggests that the skipper of the previous relationship can still see the call of safety, but woe betide taking advantage for the rocks can also, like a woman scorned, kill with a single look.

In tracks such as Golden Slumbers, Oh The Summertime Is Coming, Every Night When The Sun Goes In, But Black Is The Colour and Drink To Me Only, Ms. Cameron takes on the world, she gives her love in the spirit of the song and sends it into the world knowing, that like a giving and sensual lover, it will always be remembered fondly and with passion.

This entry was posted in Music and tagged Past Loves. Album Review., Sheila K. Cameron on April 12, 2017.

The link to the review is http://www.liverpoolsoundandvision.co.uk/2017/04/12/sheila-

PAST LOVES AND PRESENT DELIGHTS

In the previous post are comments about my response to Ian Hall's review of RUN THROUGH SIDE A And what I wrote then is similar to what I thought and felt when I read Ian's review of PAST LOVES, another recent re-issue

Both of these albums are small and were intended mainly to contribute to what I thought I was doing i.e tidying up all the material I had lying around and getting it out there more professionally presented and attired than I had managed with my earlier attempts They were also meant to illustrate something of the range of the material I had produced

But, as the plan was unfolding along came this guy who did exactly what I had needed For some reason which may be a defensive one - although it does not feel like that (and I have said this many times now) I can be delighted, relieved and overall artistically satisfied to receive positive comments about my work from a total stranger Some words entitled A ROUND OF CLAPPIES comes close to explaining my attitude to this whole pre-occupation of song writing
Perhaps I will post them sometime soon

Now Ian was a desirable stranger when I first read his comments about RUN THROUGH Now however he is not so strange! And what is stranger and contradicts what I have just said - I am responding to his second review with as much delight as I did for the first one

Re the title of this one: the songs on the album PAST LOVES were songs I once sang and loved - Ian Hall is a present delight

The link to the album Bandcamp is https://sheilakcameron.bandcamp.com/album/past-loves-2
Posted by SKC at 04:53

IAN DOES IT AGAIN - AND AGAIN

The Ian is Ian D Hall and he has written a splendid review of THROUGH A and it is so special I am choosing not to copy and paste it here
It is too good for me
Have you ever had that rare feeling?
Well I've got it now

The review could have only been written by a poet and in a previous post, on this site, in response to Ian's review of MORE LIKE A RIVER I had said

'Fulfilling the oft mentioned desire to discover that some of my songs had been heard and liked by a complete stranger -  along came Ian D Hall - and this is surely the best liking I could have hoped for!' 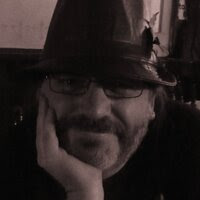 Believe me, had he just said they were rubbish and he did not like them I might have wept but it would have been for a few brief moments and I might have had something more interesting to say in this post

It may well have been misguided but, as I discovered on reading the reviews of the book BALANCING THE REQUEST TO BE GOOD they often tell you more about the reviewer than the book And on reading this guy's review (and believe me I think only a man could have written it) the word which best suited the occasion was codswallop
I do not as yet have an image to go with this text but hope one will make an appearance soon