BETTY IN THE BRACKEN

Yesterday an old recording of a Joan Ure lyric appeared from within the mass of unsorted Dropbox files As I say elsewhere, the lyric is one of several which Betty (the name she used when I knew her) gave me to work on - at a time when I was beginning to write my own songs

It will be there because, having been rediscovered, I know how much Joan Ure would like it to be there 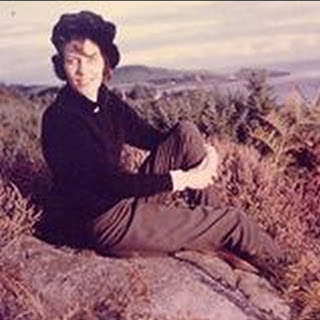 Joan Ure was the pen name of Elizabeth Thoms Clark ( – 1978), a Scottish poet and playwright. She was born Elizabeth (Betty) Thoms Carswell on  in Wallsend, Tyneside, of Scottish parents who moved to Glasgow. Her sister Joan provided the first half of her pen-name. The pen-name Ure was chosen because it sounded more Scottish to her.
Posted by SKC at 04:44