WALTER - AND THE WREN AGAIN

This post is a crumb of a story in which I have the audacity to make reference to what - for example - Robert Bringhurst describes as a major classical literature
To quote directly from his Introduction to Raven Travelling: Page One

'In Haida, what we have is nothing less than a major classical literature—one which would be admired worldwide if it were freed from the deadly combination of critical neglect and uncritical awe with which outsiders often respond to Native American intellectual and literary traditions'.

The link to the full text is below http://canlit.ca/pdfs/articles/canlit144-Raven(Qiighawaai).pdf

And with these images still warm in my mind, here is what happened when I was: -

I had the book open at the page preceding the Foreword where, in a frame, was text with the title How Shining Heavens Caused Himself to be Born

It referred to a story told by Walter McGregor of the Sealion town people to J.R Swanton during his visit to Haida Gwaii during the winter of 1900-1901

And it tells how (and here I am quoting Margo Hearne - with her permission) 'the Creator, Master Carpenter, adopted a child found in a cockleshell by the Chief of Dju's daughter. The daughter and the Creator raised the child together. When the child grew up he created the elements'.

(The youth) went out from his mother's house wearing his wren skin
He said, "Look Mother, look at me."
Then his Mother went out after him.
He sat as broad high cumulus clouds over the ocean. His mother looked.
Then he came in and asked his mother, "Did I look well?"
"Yes, chief my son, you looked well."

And this is how the clouds were created

However, as someone with limited knowledge of the subject, I admit to having enjoyed reading Matthew Spellberg's article in the Los Angeles Review of Books
And for this the link is https://lareviewofbooks.org/review/the-epic-art-of-the-haida-mythtellers

Information on J.R. Swanton can be found using the following link https://en.wikipedia.org/wiki/John_R._Swanton

With no image of a wren, a very recent photograph of a humming bird (taken on Haida Gwaii) is being presented in its place Considering its size and name it is surely an apt replacement 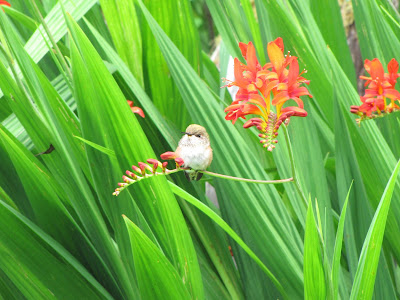 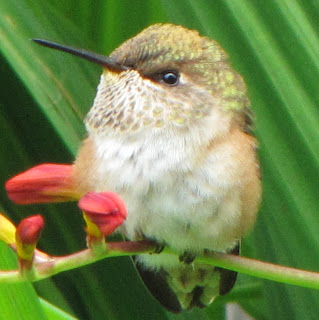