OUT OF THE PRAM - and on the road

As can be seen in the image - the clown has now escaped from the pram - or at least is taking the optimistic view that it is unlikely to climb back in - or even be put back in (but then who knows) And it has been joined by a pal with similar aspirations (or it could be, as with the Schizoid Travellers, merely another aspect of itself) Both are keen to cast off the constraints of past inhibitions and are on the road to who knows where 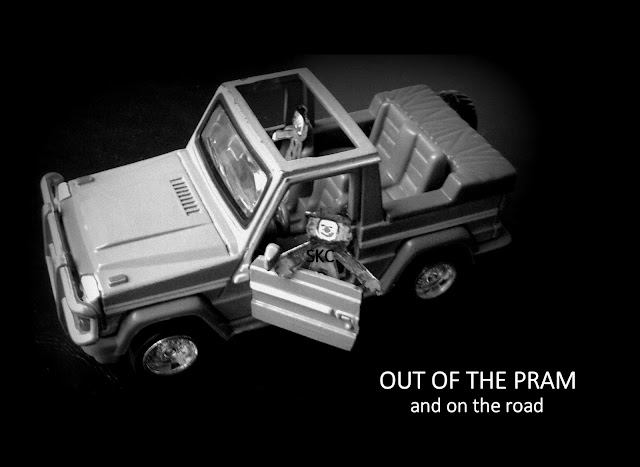 P.S For reasons I am choosing not to share just now THROUGH THE HEDGE is being asked to move aside to give the clown room to breathe in the exquisite air which is also mentioned in the new song

THE HEDGE will reappear when it has been given a trim

The link to the song performed by Fred Astaire and Judy Garland is below
https://www.youtube.com/watch?v=Hrzo5SPaOvg
Posted by SKC at 05:18