SONG DONG AND THE SON OF THE MAN IN THE TRAM

In May 2015 I posted some comments which can be read using the link below
The title of the post was JONI, THE SAP, THE MAN AND THE TRAM
http://sosaidthesap.blogspot.co.uk/2015/05/the-sap-man-joni-and-tram.html

I knew nothing of the pies then and I knew nothing of SONG DONG until this morning, but they both now belong for me with the son of the man in the tram And if you follow the link below you might work out why

The image belongs with a Grosvenor pie 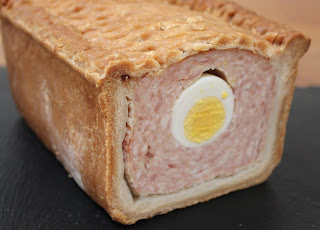 'I have always wondered how Grosvenor pie is made. Can anyone explain how the egg goes all the way along?"


If I were the head of the Department of Philosophy at a leading university I would insist that the above was a compulsory question on the final examination paper. I would also award first class honours to anyone brave enough to answer it'.

As for a connection with songs it belongs with one word only and working that out should be easier
Posted by SKC at 04:54