The last tracks to be released in 2009 were on an album entitled
HELLO SINGING BIRD
It featured many of the tracks which, at later times, were overdubbed and/or remastered But there was a lot of hiss on the original tape and numerous attempts were made by different sound engineers to improve the opening track The best of the tries was released on May 4th 2015
https://sheilakcameron.bandcamp.com/track/hello-singing-bird-2

The image below has not been used before for this song

It is available on CDBaby and has been purchased from there but I would caution anyone that the version there is of that original tape with the irredeemable hiss http://www.cdbaby.com/cd/sheilakcameron3

As you wrapped the string around me - single
Released

: a  song with a prairie backing - single
Released

Your body aka Rock me like a child  - single
Released

Did I do something wrong again - single
Released

There's an old sadness in me - single
Released

Run Through Side A - album Released: December 5th 2010 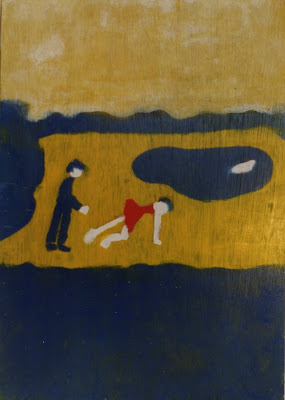 It's one of those dark nights - single
Released